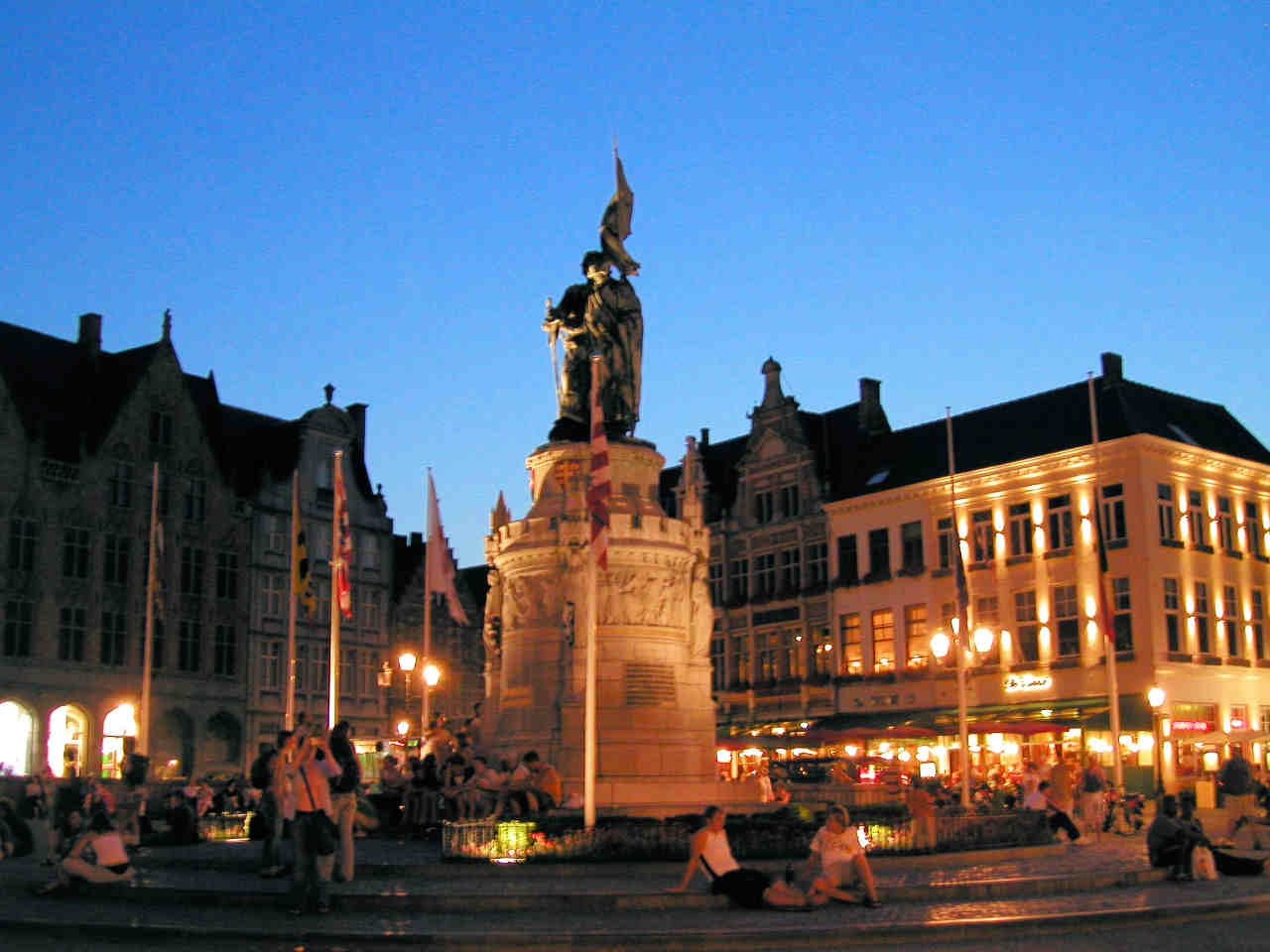 Belgium, a small country located in the north-western part of Europe, has been both great fortune and terrible sorrow of the country. It borders the three major trading nations of France, the Netherlands and Germany. By a very narrow strip of the North Sea, it is separated from the United Kingdom. Belgium became an important centre of industry and commerce, when it started trading with these nations. Unfortunately, owing to its central location, Belgium had always been a bloody battleground for the wars of many other nations.

A marvelous underground complex of caves made of beautiful limestone; Han-sur-Lesse Caves have an extraordinary subterranean river running through it. Upstream of the caves, the River Lesse, flows above the ground, until it reaches the limestone massif that contains the caves. Here, it again disappears underground. The flowing water has done a lot in eroding and shaping these wondrous limestone caves.

The forests of Rambouillet, Orleans and Fontainebleau, are at their most beautiful scenes during the falling season, when the leaves of the oaks, deciduous trees and beeches start changing color. At sunset, their stunning hues closely resemble reminiscent of fire. Rambouillet, with its wildlife park, boasts a total of 1,300 stunning species of flora. Orleans in 85,743 acres, is the largest but also, the least natural of the parks. Unusual rock formations, small valleys, waterfalls, and lakes are featured in all the forests, with abundant wildlife including badger, fox polecat, wild boar and many species of deer. Bird lovers can see buzzards, falcons, pheasants, and owls, also hear the male black woodpeckers.

L’Ardenne is an old mountain, whose low interior often contain iron, zinc, coal and other metals in the sub-soil. The rugged terrain of the Ardennes is the main limitation to the scope for agriculture. The region is rich in minerals and timber. The extensive forests in the lower areas of the mountains have an abundant population of wild life. The scenic beauty of the region requires special mention.

It is unknown to many people that Belgium is partly located along forty-two miles of long and beautiful coastline. The North Sea holds the credit of having one of the most beautiful sweeps of soft and white sand, which makes these beaches, ideal for many activities. It is most preferably in the summer that the tourists hurry to this spot in order to experience the natural beauty that these beaches offer. One of the notable things is that the water is quite cool, even in the summer.

In the river, the Ambleve, the gorgeous waterfalls of Coo have an altitude of 15 meters, thus being the highest waterfalls of Belgium. The waterfalls of Coo are located 35 km from Camping Hohenbusch, especially; the tele-siege is an impressive view of the Belgian Ardenne. It is made up of a principal waterfall, which is supplemented by a smaller one, volume of which varies considerably. The latter has a record of being much older, dating to the 15th century, whereas the former was an artificial one, made by the monks of 18th century. A theme park is situated just adjacent to the falls. There are great scenic views available in the vicinity of the nearby reservoirs.

The topography in the Flemish north and west of Belgium is remarkable. The flat coastal plains give way to rolling hills that run through the middle part of the country, which gradually rises up to the rugged, mountainous countryside, an area that is interspersed with forests, grasslands and moors, liberally adorned with rivers, waterfalls and lakes. So, Belgium definitely has the most outstanding geographical features and natural environments.