This country is sometimes mistakenly known as that country in the south, Australia. Austria and Australia are not the same, just so you know, and the former country is located in Europe while the latter is a large island situated at the vast Indian Ocean. But along its devastating past due to the World War II, Austria is also one of the countries that possess a lot of natural wonders such as Mountain Alps and farms, and their potable waters from the lakes. In this article you will be guided to the natural wonders of Austria as well as their locations. Here are some of the natural wonders that Austria has preserved and made as a natural park. 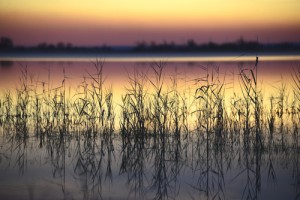 Neusiedler See-Seewinkel
The only steppe national park in Central Europe, this Neusiedler See-Seewinkel contains wetland reed belts, saltwater ponds and flood-meadows. It is bordered by the countries Austria and Hungary and is rich in species from birds, mammals, and reptiles. The fauna in this natural park is also abundant. This place is very ideal for tourists that want simplicity – biking, fishing or horse riding. Not to mention the scenic view for those who want to relax. It was originally open oak forests that dominate this place. Pasturing also formed open land and big herds stops the growing of trees. 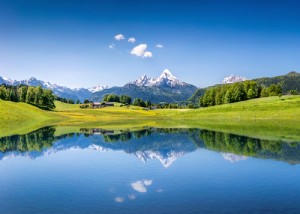 Hanság Area
This area was formerly a part of the Neusiedler See, but eventually silted up and formed a fen, which is a type of wetland fed by mineral-rich surface water or groundwater. The Hanság area is now a place to rare animals such as the Great Bustard (Otis tarda), the heaviest bird able to fly; the Short-eared Owl (Asio flammeus); and the Montagu’s Harrier (Circus pygargus). This place was best known for its biodiversity because it is the preferred place for most animals to breed.  The collective mountains, forests, lakes and wildlife make the Hansag Area an incredible place to visit for the outdoor enthusiast and nature loving travelers. 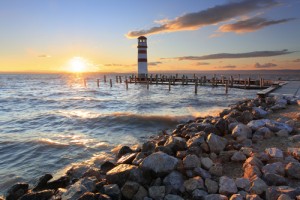 Lake Neusiedl
This is Austria’s largest lake that was created 13,000 years ago, in the succession of tectonic movements. During the first depressions, the water body of the Hanság area was formed. The bottom of the present lake was formed after by the depression of the south area, and caused the silting of the shallower Hanság. The reed belt it creates make up a mosaic of habitats, offering home for different animals. Everywhere in this area you can find different larvae and insects. You can also find small crustaceans, water snails, and spiders. This lake also harbors a lot of invertebrates. Fishes, snakes, ruminants and birds are common in this area. If you are a wildlife photographer, then this is a great place to take pictures. Just make sure that you won’t get very close especially poisonous ones. 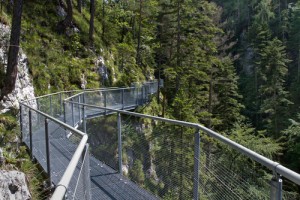 Leutasch Gorge
This place found in the northern part of Innsbruck Land, is popularly known as the “spirit gorge with its goblins” for in this place lays a 200 meter high waterfall with the river having fast currents making up a lot of sudden whirlpools. This is a great place for natural landscape that is untouched by humans. Once you arrive here, you will feel all the mysteries behind this place and why this is called a “spirit gorge with his goblins”. 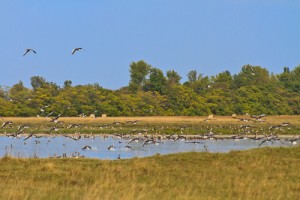 Seasonal Natural Events
Austria is one of the best places for migratory birds and the local animals to breed and rest during winter. And below are some monthly lists of what will occur, which you can expect when you are observing this in Neusiedler See- Seewinkel.
In January, you can find huge gaggles of geese if the weather is good. Wintering birds also flock to Austria to mate. In March the Great Bustards start their courtship and the song birds arrive. A lot of activities are occurring every month and when you have listed all of them, and then you can be sure that these natural occurrences will happen and you can do observations and taking photos.