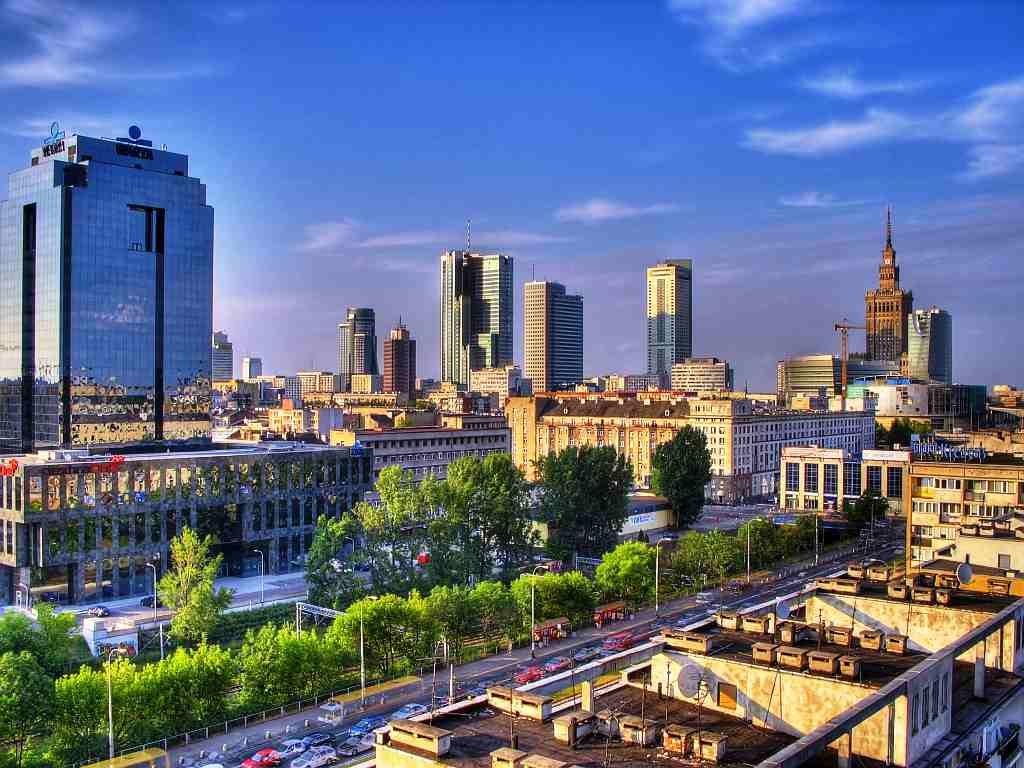 Poland, officially the republic of Poland, is in the central part of Europe and surrounded by Germany are the western part, Ukraine, Belarus and Lithuania in the east, Baltic Sea in the north and Czech Republic and Slovakia on the southern part. Its population is more than thirty eight million covering a wide area of 120,726 square miles. Its capital is Warsaw and people speak the language called Polish. Poland has cold winters and only slight temperature during summer.

Masurian Lake
Masurian Lake is a lake district situated in northeastern Poland within the Masurian region. It contains over 2,000 lakes and currently, promoting it to be part of the New7Wonders of Nature. The Lakeland stretches approximately 180 miles eastwards from the lower stream of Vistula, toward the Poland-Lithuania border, and occupies an area of estimated 20,000 square miles. Planning to watch the spectacular view is possible by train, bus, or car. To take the train, you can ride from Warsaw, Vilnius and Gdańsk. For buses, you can get it in most of the cities. Some activities to enjoy includes sailing, swimming, kayaking, fishing, biking, camping, trekking, sightseeing and picture taking. Masurian lake is frozen in the months of December until the end of April, so it is best to see in other months.

Wieliczka Salt Mine
In the town of Wieliczka, Wieliczka Salt Mine is found in the southern part of Poland. This continuously yields table salt starting from the 13th century until the year 2007. Wieliczka Salt Mine’s tourist spots include several statues and a chapel entirely made out of rock salt. Its depth is at 327 meters with a length of 300 kilometers. For visitors who want to see around, there is a 3.5 kilometer tour route which shows historic statues and mythical figures. It is also popularly known as the “Underground Salt Cathedral of Poland” due to the church entirely made of table salt. This tourist attraction is open all year round except for holidays.

Śniardwy
Śniardwy is the biggest lake in Poland with a vast area of 43.9 square miles. Its length is 13.7 miles, 8.3 miles in width and 75 feet in depth. There are eight islands on the Śniardwy Lake namely Glodowo, Luknajno, Popielno, Niedzwiedzi Rog, Nowe Guty, Okartowo and Zdegowo. Śniardwy was formed by retreating ice sheet and draining floodwaters occurring as the result of ice calving ahead of the receding glacier. It was formed to protect the forest and swamps, post glacial relief with boreal and subarctic vegetation, as well as many lakes and pools. It is also known to be a site for the study connecting to ecology, botany and zoology.

Tatra Mountains
Tatra Mountains is a mountain range, which creates a natural division between Poland and Slovakia, and the highest mountain range along the Carpathian Mountains. It covers an area of 290 square miles, of which the bigger part of 232 square miles is in Slovakia, with its highest peak named Gerlach at 8710 feet, located in the northern of Poprad. These mountains are popular as a winter sports area, and some resorts are present such as Zakopane, called also “winter capital of Poland”, Poprad and the town Vysoké Tatry in Slovakia created in 1999, including former separate resorts: Štrbské Pleso, Starý Smokovec, and Tatranská Lomnica. It also has a wide variety of Flora at around 1,000 species and Fauna of about 690 species.

Dunajec River Gorge
Dunajec River Gorge is distinguished by some compelling geomorphologic and geological structures and area-specific natural ecosystems with little anthropogenic influence. It is also one of the popular tourist destinations along the Pieniny Mountains and trips with wooden canoe are such a hit. The trip starts in the Sromowce Kąty village, and finishes in the resort town of Szczawnica which usually takes about 2-3 hours. The second part of the journey is for 5 kilometers long, which starts in Szczawnica, and finishes in the town of Krościenko.