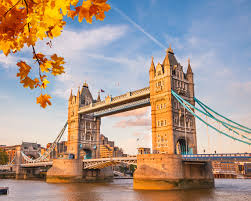 The United Kingdom is a sovereign state situated in the northwest part of Europe. It includes the island of Ireland, Great Britain, and many smaller islands. Apart from its neighboring countries, it is also surrounded by bodies of water like the North Sea, the English Channel, Atlantic Ocean, and the Irish Sea. Its capital is known to be London, and the country’s territory is at 94,060 square miles with a population of more than sixty-two million in the year 2010.

Many people think of England when they think of the United Kingdom, but the UK is actually more inclusive.  Throughout the UK, there are national parks for visitors and locals to escape and enjoy the outdoors.  The New Forest National Park is one of the leading escapes.

Pistyll Rhaeadr Waterfall
Pistyll Rhaeadr Waterfall is a magnificent waterfall located in the Berwyn Mountains, west of Shrewsbury and Oswestry. It is known to be the United Kingdom’s highest single-tier waterfall at a height of 80 meters. Tan-y-Pistyll means little house under the waterfall, and this is where you can drink coffee, sip some tea, and eat some snacks while watching the scenic view of the waterfalls. There is also a campsite available for those who want to camp out and spend a few days exploring the area. Other activities to enjoy include retreat camping, mountain walks, picture taking and trekking.

Cheddar Gorge
Cheddar Gorge is a gorge made of limestone located in Mendip Hills near the Cheddar village in Somerset. It is in this place where Cheddar Man, who is the oldest human skeleton, was found in 1903. Its maximum depth is at 449 feet with steep grassy slopes and a very high cliff and known to be the largest gorge. Some of its recreational activities are cave visits, horse riding, climbing, water-based sports, rafting, kayaking, archery, and abseil.

Isles of Scilly
The Isles of Scilly form a group of islands in the southwestern part of the Cornish peninsula in Great Britain. It consists of five inhabited islands and numerous small rocky islets lying 28 miles off Land’s End. If you are a lover of the beautiful nature, this is the memorable tourist destination for you where you can watch the sunset, plan tennis, do sunbathing, dive, take pictures of the scenic views, walk around the island and even play golf. As for children, they can swim in the five-star rock pools and different beaches.

Epping Forest
Epping Forest is the biggest open area in the area of London. It is bordered in the middle of Essex and Greater London with a land area of 2476 hectares. The area contains heath, ponds, rivers, woodland, and grassland. It also lies between the rivers of Roding and Lea, which are twelve miles away from Manor Park in the eastern part of London.

Aside from being a recreational area, it also has a diverse ecosystem inhabiting wildlife. Within the beautiful forest, there are three centers found which are Queen Elizabeth’s Hunting Lodge, Wanstead Park, and the Epping Forest Visitor Center.

Chislehurst Caves
Chislehurst Caves are tunnels located in Chislehurst, which is a 35 kilometer long series of tunnels. Each section within Chislehurst Caves was connected by passageways made by miners over the centuries. The caves were opened starting 1900 with several purposes like a place for skiffle, folk and jazz music. Tours within these caves take around forty-five minutes, and tour guides should be present as part of the restrictions.

Aysgarth Falls
Aysgarth Falls is triple layered waterfalls surrounded by farmland and forest. The beauty of the falls attracts many tourists and visitors who are enthusiastic about outstanding beauty, especially with waterfalls. Wildlife is also available during the summer and spring where squirrels, deers, and wild birds are seen. St Andrew’s church is found nearby, which is known to be the biggest church in England.